The Best Thing I've Ever Made: Bloop 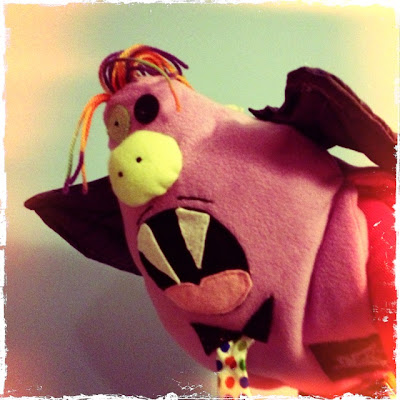 I had to make a special present for Someone Special. And it had to be AMAZING.

Inspired by Child's Own studio's work and Mo, who was made for a friend, I set to work on creating not just a handmade present, but something much more personal.

Based on this drawing by Someone, I set to work on bringing a creature to life, using fleece, felt, buttons, wool and some other bits and bobs... 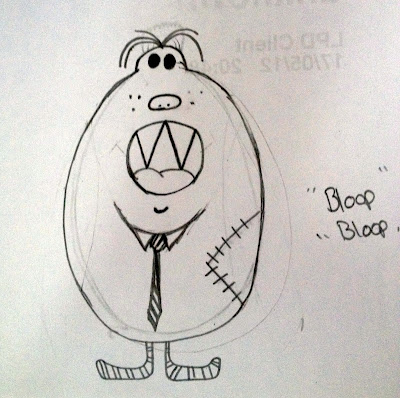 I made a pattern. I thought that as I only had a front to go on, I could do what I like with his insides and back. He would be fully reversible, and inside-out-able, for reasons which you will discover below... 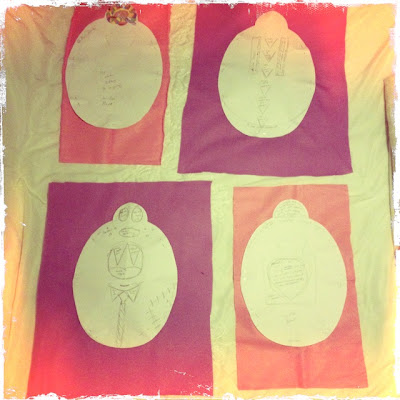 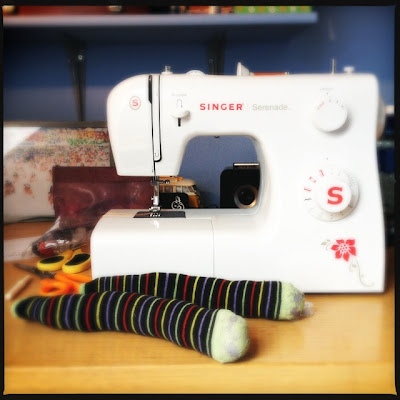 And a brain, filled with thoughts on a bit of paper (they're not for you to see though). 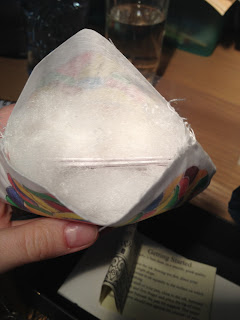 And a circular double heart of Longing that sits in a pocket in his chest, filled with swan feathers* from swan lake, a shell from Co. Clare, and a lint of friendship ("a lint is a shell's best friend" - Marcel the Shell) - all items with a lot of personal importance. 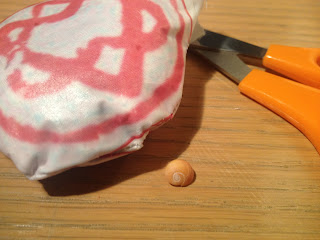 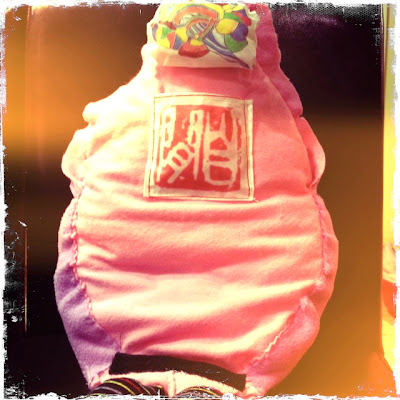 He would need an old soul. The kind that grannies have. 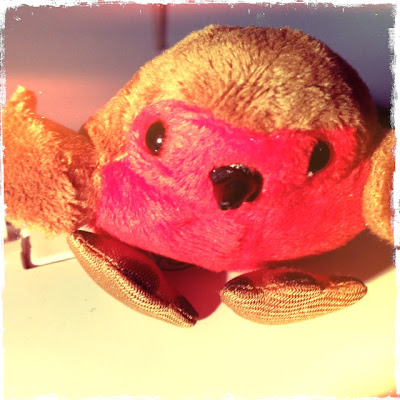 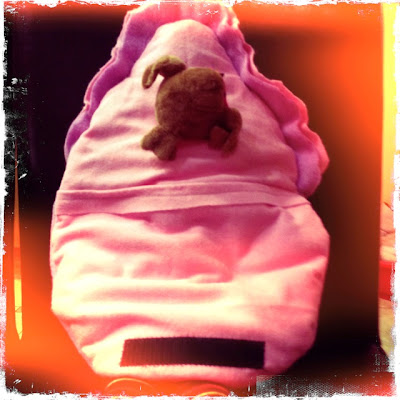 And a Hot Water Bottom, for snuggling. Plus all those strong pink felt muscles inside for powers of minding. 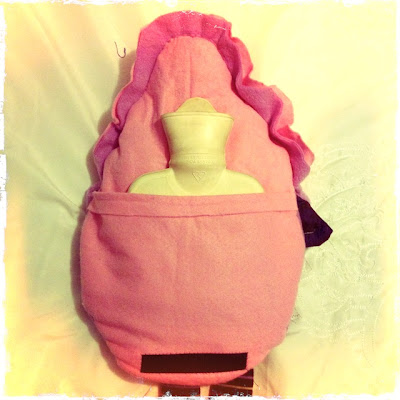 As his insides took shape, so too did his outsides, with some outside help. 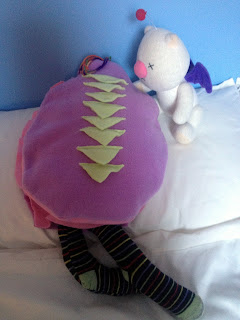 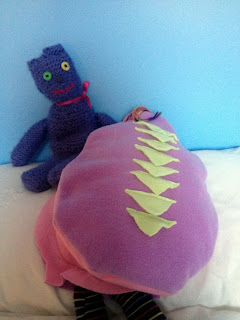 He has the back of a razorback turtle/pig/dragon, 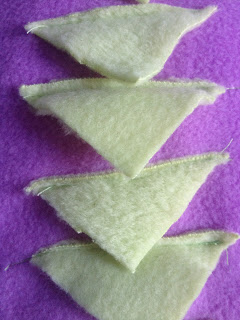 Some sparkle eyes and a distinguished french moustache, 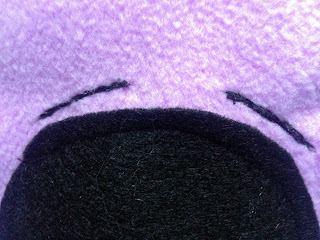 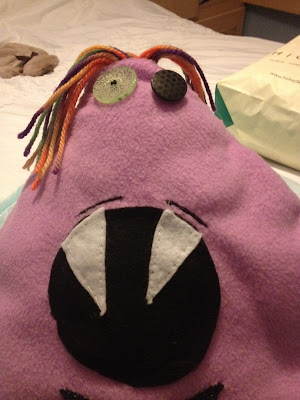 A nose of lavender with tremendous smell detecting/defending ability, 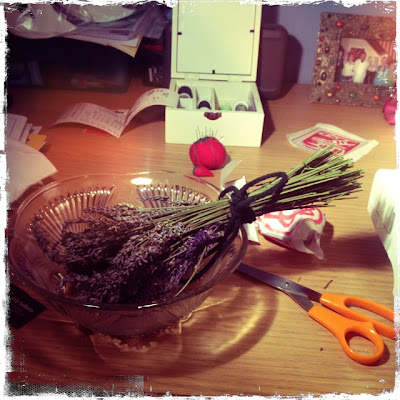 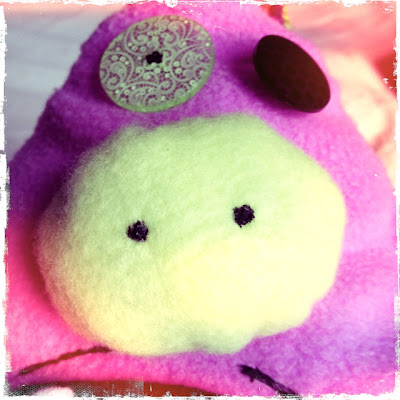 An army patch (from his time in the war), 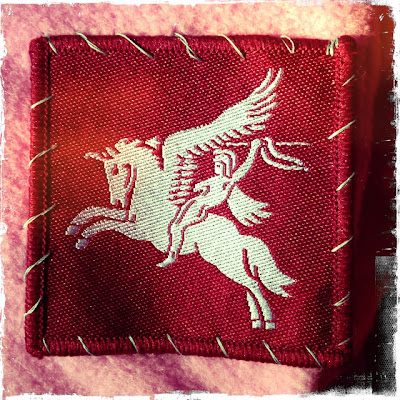 A terrifying mouth (great for tasting and protecting) and a trendy tie, 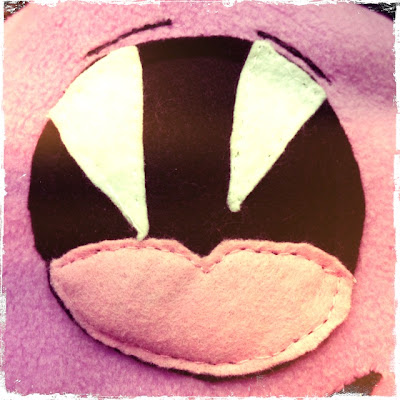 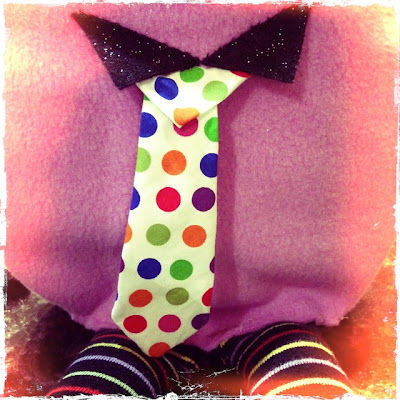 And a fluffy back, or a back pack rack, or a flying attack! 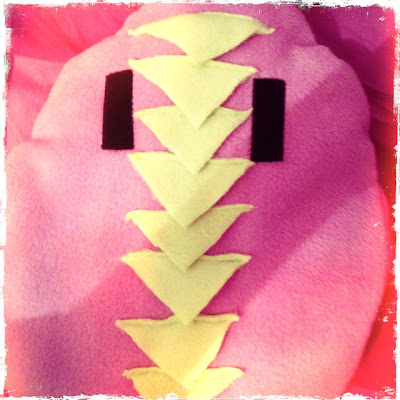 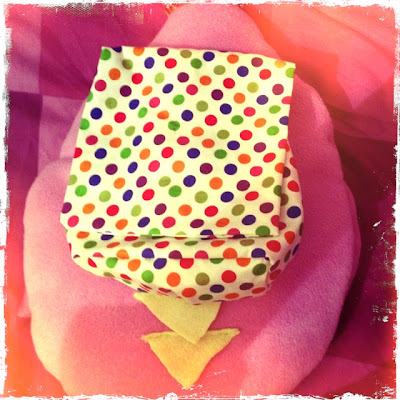 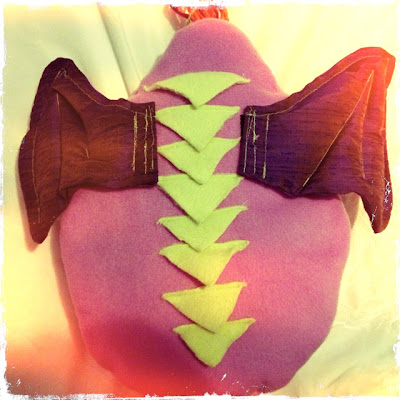 And so Bloop came to life... Ready to mind, defend, and snuggle. 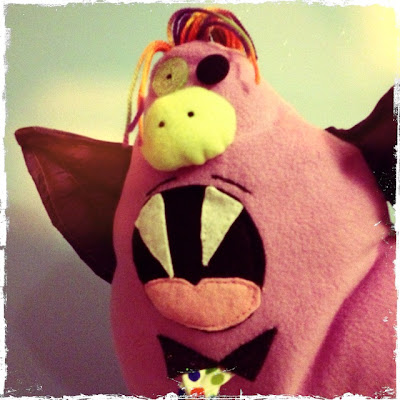 Email ThisBlogThis!Share to TwitterShare to FacebookShare to Pinterest
Labels: buttons, make and do, presents, sewing